The Eastwood Music Department is one of the largest in the Waterloo Region District School Board! We have only the most highly qualified, and compassionate educators working within our walls. Our directors are equally passionate about the value of music education, and continually challenge our students to strive for excellence in every endeavour.

Lauren Helmer has been a Director of Bands at Eastwood Collegiate Institute in Kitchener, ON since 2018. Primarily, she is the director of the Junior Concert Winds, and the “Soul Cats” Jazz Band. Previously, Lauren conducted the nationally acclaimed Sr. Jazz Ensemble - the PHS Jazz Cats - and the award-winning Intermediate Concert Band at Preston High School in Cambridge, ON, where she taught for 6 years. Under her direction, Lauren's bands have consistently won several Silver and Gold awards at local Kiwanis Festivals, MusicFest Regionals, and MusicFest Nationals competitions.

She was the associate principal trombonist and 2nd trombonist of the Guelph Symphony Orchestra for 8 years before joining the Stratford Symphony Orchestra in 2012. Lauren is also a 14 year veteran of the Canadian Armed Forces, and was the trombone section commander of the internationally honoured Royal Hamilton Light Infantry Band from 2007-2021. Lauren spent four summers performing with the Band of the Ceremonial Guard in Ottawa, from 2007-2010.

While Lauren enjoys performing, she finds conducting, and directing the most musically fulfilling aspect of her career. Lauren has studied Wind Ensemble conducting with Dr. Denise Grant, the late Michael Purves-Smith, and regularly attends conducting clinics throughout North America. Lauren holds the position as the Assistant Conductor of the Kitchener-Waterloo Youth Concert Band, she teaches at, and is the Assistant to the Artistic Director for “Summer Music” Camp in Southampton Ontario, is the Brass coach for the Grand River Blues Camp, and has co-directed the “Intro to Jazz” Camp through the Beckett School at Laurier.

When she is not teaching, Lauren enjoys both performing with, and directing local wind ensembles, big bands, and brass groups. Lauren holds an Honours Bachelor of Music Education from Wilfrid Laurier University, and a Bachelor of Education from the University of Western Ontario. ​She has an Honours Specialist certificate in Instrumental Music from Queen's University.

Matt Drysdale received his Honours Bachelor of Music Education from Wilfrid Laurier University where he majored on tuba. Prior to attending university he obtained his Grade 9 Royal Conservatory of Music qualifications in piano. He completed his Bachelor of Education from University of Windsor. While playing music has always been a large part of Matt’s life he finds that conducting and teaching have become the most fulfilling and creatively engaging parts of his musical experience.

Active participation in workshops, conferences, and festivals throughout his over 20 years of teaching have inspired Matt’s music classroom. These are known to be welcoming environments focused on mastery, creativity, collaboration, and of course, fun.  He has co-authored two widely used music teaching resources, Grade 9-12 Listening Resource Guide (2009), and Creative Tools for the Music Classroom (2012).  He has also presented to WRDSB superintendents, principals, and music educators on topics from creativity in the classroom, engaging the music listener, high-yield instructional tools, and cloud-based composition, and technology.

Matt has taught a wide array of courses including instrumental, jazz, vocal, percussion, piano, songwriting and recording, music and society, visual arts, production technology, computer graphics, digital photography, interdisciplinary studies in peer tutoring.  He also has experience as a Special Education Resource Teacher (SERT), and currently can be found in the main office as a part time guidance counsellor. 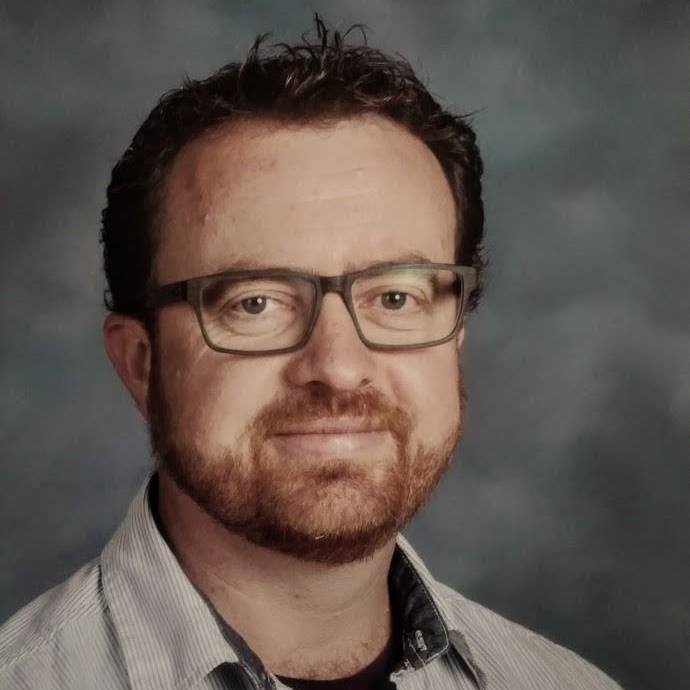 Kirsty Hunsberger-Shortt was born and raised in the KW area, and began studying violin at the age of 5 with the KW Suzuki String School. She then attended Waterloo Collegiate, where her strings teacher, the late Mr Yasu Shibata, encouraged and inspired her to consider teaching as a career.

Hunsie continued her violin studies at Wilfrid Laurier University with former Penderecki Quartet member Piotr Buczek and former KW Symphony concertmaster Eduard Minevich. Upon graduation, a trip to the UK and Ireland inspired Hunsie to pursue an interest in Celtic fiddle music. Another trip to a Mark O'Connor fiddle conference in San Diego fuelled the fiddle flames even more, especially when Hunsie got to play with Natalie MacMaster in the student concert.

Ms Hunsberger-Shortt has spent her entire teaching career at Eastwood (since 1998!) teaching all the Strings classes (as well as English and the occasional vocal class), and has fallen in love with the spirit and passion that lives throughout the school. She started the region's first school fiddle group in 2000, and Eastwood's beginner strings program in 2004.  After the cancellation of the strings program at Sunnyside Senior Public School, Hunsie also started an after-school beginner strings program for grade 7 and 8 students, which helps them to build connections with their future high school.

Hunsie encourages students to become patrons of the arts through yearly trips to the KW and Toronto Symphonies, as well as occasional trips to the Celtic Colours Festival in Cape Breton.

John Watson studied classical voice in the Wilfrid Laurier music program while also taking modern dance and drama at the University of Waterloo. After graduation, John was fortunate enough to spend four years at the Stratford Festival performing roles in Carousel, H.M.S. Pinafore, The Mikado, Pirates of Penzance, School for Husbands and Cyrano de Bergerac. After Stratford, John spent two years with the Toronto production of Beauty and the Beast, performing several times as Gaston and The Beast during the run.

More recently, John has been concentrating his energies performing in numerous commercials, T.V. movies and films. Favourite projects include: A History of Violence, Fugitive Pieces, Wonderland, The Recruit, Foreign Objects, Haven, The Crossing and The Newsroom.

John currently teaches Drama and Vocal Music to the talented students of the Integrated Arts Program at Eastwood CI in Kitchener (since 2008). He is the conductor of the all-male singing group Eastwood Sound Machine and has been one of the directors for the renowned musicals which occur at Eastwood every other year.

Building community through music has been an important part of Michael Green’s personal and professional life since a young age. Michael first understood the power of community singing when he was in elementary school and participated in the Waterloo Region District School Board’s Kodaly Choral Festival. It was while singing on the Centre in the Square Stage with hundreds of other singers, instrumentalists (many of whom would later be his teachers) that he realized what he wanted to do when he grew up. As a teenager, he directed community and church choirs and musicals, bringing people of all ages and skill levels together to make music.

As an educator, Michael has been teaching vocal music and French in the Waterloo Region District School Board since 2004. He began his career at Forest Heights Collegiate Institute, where he served as vocal coach and assistant director for The Pajama Game and Footloose, in addition to directing choirs. In 2008, he joined the Galt Collegiate Institute staff. At GCI, he directed the Concert Choir, the Tenor/Bass Choir and the Soprano/Alto Choir. He was assistant vocal director and accompanist for Anything Goes in 2009 and in 2014, he co-wrote Ghosts on Broadway - a musical review. In 2018, he was appointed head of the GCI Music Department.

Outside school, Michael served on the board of directors of the Ontario Vocal Festival, where he is currently webmaster. He previously organized OVF’s Summer Choral Conductor’s Symposium in Waterloo, and assisted with the running of the OVF’s Cambridge festival. In 2010 and 2011, Michael had the honour of returning to the Kodaly Choral Festival as accompanist. Over the years, Michael has sung community choirs and served as a substitute for a number of choir directors and musicians.

As a French teacher, Michael participated in writing the current French curriculum, served as president of the Ontario Modern Language Teachers’ Association, and worked as a special assignment teacher with the Ministry of Education. He co-authored Let’s Talk Lifelong Language Learning - a pedagogical resource for French teachers.

Michael is thrilled to now be a part of the staff of the Integrated Arts Program here at Eastwood. He looks forward to continuing the excellent tradition of music-making for which Eastwood has become known.